Iraqi wins reprieve from deportation; Mother urging to help reunite her family; The Queen’s Speech will be delayed until Brexit and more 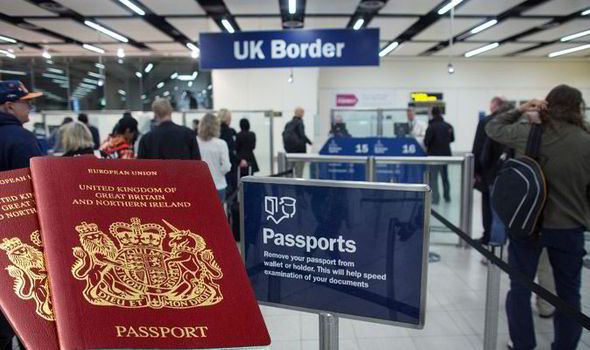 Unless Theresa May can get her Brexit withdrawal agreement approved by parliament beforehand, the UK will be holding European parliamentary elections on Thursday 23 May 2019. If you are a citizen of an EU country resident in England, Scotland or Wales, to vote you must be registered by Tuesday 7 May. From The Guardian.

The Brexit Party continues to lead in YouGov’s latest European Parliament voting intention poll, conducted for Hope Not Hate. Nigel Farage’s new party holds 28% of the vote, having been on 23% in last week’s survey. From You Gov.

A man who brought his baby niece to Britain in the back of his car from a French refugee camp after she sustained serious burns has had his deportation halted at the last minute by the Home Office. Najat Ibrahim Ismail was prosecuted for trafficking and due to be deported on Tuesday. From The Guardian.

A mother is urging the government to help reunite her family after a year spent thousands of miles apart. Rachel Gair and daughter Betsy are in Northumberland, but Betsy’s father, Craig Stock, is in Canada and unable to join them. The family returned to the UK to care for Ms Gair’s mother. Mr Stock had to return to Canada to apply for his spousal visa, which has been denied. The Home Office said the decision was backed up by an independent tribunal. From BBC.

The Queen’s Speech will be delayed until Brexit is delivered, Theresa May has said – despite no sign of a breakthrough at Westminster to end the stalemate. The prime minister’s spokesperson said a new session of parliament – due to get under way in June – would not begin until the withdrawal agreement had been ratified. The Queen’s Speech traditionally takes place annually, but a two-year session was announced in June 2017 because of the enormity of carrying out EU withdrawal. From Independent.

No decision has been made about whether to charge EU students more to study at English universities after Brexit, the government has insisted. They currently pay the same as those from the UK, but it has been reported fees could rise from 2021. From BBC.