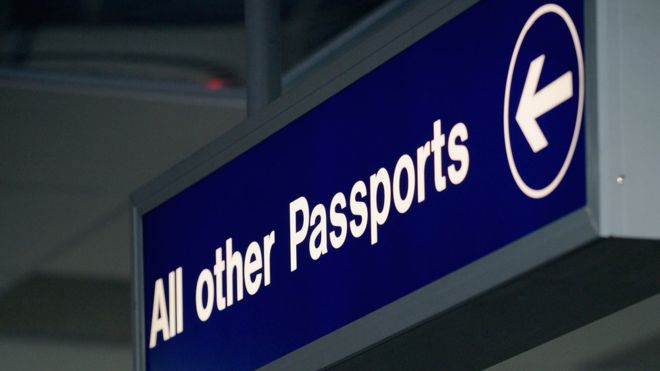 A baby that was born in the UK to two British-resident parents has been denied the right to live in the country. Human rights lawyers called the decision “shameful” and “potentially unlawful”. From Independent.

Foreign students accused of cheating on English language tests have told they have been left in limbo for years.

The Home Office has cancelled 36,000 student visas since 2014 after cheating was uncovered at test centres. But Labour MP Stephen Timms said many had been falsely accused, and given no opportunity to clear their name. From BBC.

Theresa May’s post-Brexit immigration plan could close a quarter of services in some hospitals.

Senior NHS figures have warned the Prime Minister’s post-Brexit immigration policy would have a damning effect on Britain’s hospitals, it has been revealed today. Executives have voiced fears over the Government’s immigration white paper, which outlines stringent plans for a £30,000 salary threshold on workers moving to the UK. From Daily Mail.

Home Office revoke a decision and give grandmother the visa to go to grandson funeral.

Damary Dawkins, 13, a youth player for Crystal Palace, fought the cancer for four years. His grandmother Ivy Powell, 67, who lives in Jamaica, was told she would not be granted a visitor’s visa that would allow her to be at the funeral. But the Home Office has now revoked that decision ‘in light of the compassionate circumstances’. From Metro.

Tourists to Turkey need to print off electronic visas or risk being denied boarding.

Tourists visiting Turkey from the UK have been warned by travel agents to print off a hard copy of their e-visa, or risk being denied entry to the country. However, the Turkish Ministry of Foreign Affairs, responsible for issuing e-visas, claims a phone download is sufficient. From The Independent.