5 reasons to live in London 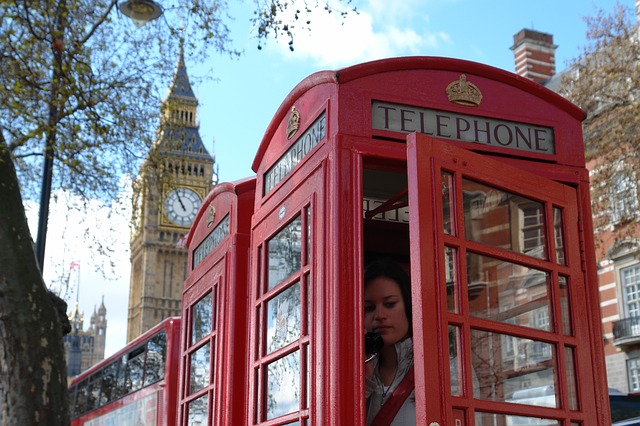 Ahh, the food! England is famous for its’ traditional Fish and Chips, but the culinary in London goes way beyond that. With innumerous street markets and options of food stands and restaurants, London has (almost) anything you can imagine, from Caribbean food to the delicious arab falafel. Do you prefer Brazilian food? There are options of restaurants by kilo, sugarcane juice, pastry, coxinha and cheese bread. You may even miss Brazil while you’re here, but you can just go to the closest food fair to satisfty the hunger!

The “TUBE” (and all other transport options)

London is big, but the efficient public transport system can take you pretty much anywhere in the city (and even out of it in lines such as the Metropolitan). With tube, overground, DLR, bases and even boats, London’s transport is a worldwide reference. Just to have an idea, the oldest tube line, which is now part of the Northern line, used to be called City and South London Railway and was opened in 1890! No, you didn’t read it wrong! Even though Paris is famous for having the largest tube system in the world, London is home to the oldest one, that serves most parts of the city, and even has a 24 hour service on the weekends.

Despite British pontuality, as in anywhere else in the world delays can occur, but Transport for London, the company responsible for London’s transport, guarantees your money back if your train is delayed for over 15 minutes. To put it simply, you can explore the city from North to South, East to West, and in this case public transport is your biggest ally!

Fashion capital of the world

Yes, sometimes you will run into some very dubious styles, but London is where some of the biggest fashion trends are originated and exported to the world. And we are not talking exclusively about London Fashion Week! Especially in eastern boroughs, such as Shoreditch, it’s possible to find unique pieces for very affordable prices! Itinerant thrift shops are common, and some sell the clothes by kilo. In case thrift shops are not your style, don’t worry. Oxford and Regent street are two streets that encounter each other in Oxford Circus, and are considered to be a shopping paradise if you’re looking for high end brands, such as Calvin Klein, Gap, Urban Outfitters, and the traditional luxury brand Burberry. It’s difficult not wanting to buy everything!

We already know the British love tea. The tradition started with the Industrial Revolution, when the British Empire found in the east the so called Ceylon Tea, from current Sri Lanka. Since it was cheaper than coffee, the tea was the way British workers found to keep themselves awake during the strenous work hours in 18th century factories. Even after the Industrial Revolution, the tradition remained and the English even improved it.

The afternoon tea is now a tradition in England and can be consumed with treats such as Yorkshire puddings, crumpets, tweets and the delicious shortbreads. It’s possible to have some of the best afternoon teas in luxuous hotels such as the ones in Park Lane Avenue, in front of Hyde Park, and also in the famous store Fortnum and Mason, that has a tea saloon oficial opened by queen Elizabeth in 2012! It’s worth the try!

Few places in the world allow the privilege of passing by castels and millenial buildings while on your way to work or to the supermarket. London is older than 2 thousand years and has history on every corner. The city, since the Romans, has always been important spot for commerce because of river Thames, which made it easier for merchant’s boats to come in and out of the city. It’s not hard to see why England later became a naval power. Among development, wars, crisis and mass migrations, London has always been a city open to the world and full of history in every detail.

It doesn’t take much to pay attention to the beautiful architechture and the traditional English cottages that seem to have come out of a fairytale. Even nowadays, with tall buildings in Bank and Canary Wharf, the city hasn’t lost its’ charm and still an open museum. Do you prefer the indoors? London is a paradise for art and galleries lovers, and most of them are free of charge, asking just for an spontaneous contribution in case you’d like to donate. It’s hard to get borde around here!

Would you like to speak to us? Contact us by phone on our HelpLineUk 24h + 44 78 91764830  or +44 0207 636 8500 (United Kingdom) or by e-mail at info@londonhelp4u.co.uk. Ask your questions, schedule an appointment, make bureaucratic processes easy and quick with #LH4U’s help. For more information on immigration, follow us on social media and visit our website.

One thought on “5 reasons to live in London”