Legal Minute: Britons could lose access to bank accounts in the UK with a “no-deal” Brexit 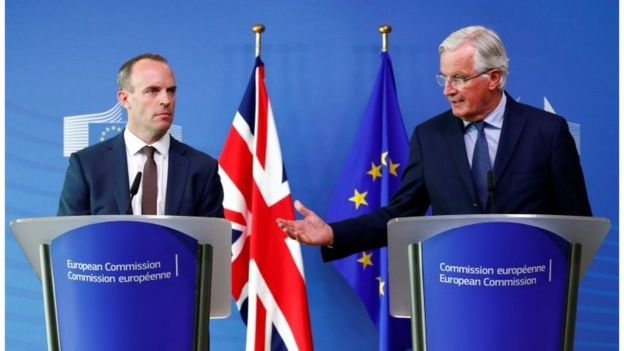 According to The Guardian, customers would have to face slower and more expensive credit card payments when they buy EU products, and british citizens who live in EU countries may even lose access to their bank accounts in case a no-deal Brexti happens.

UK and EU have continuous negotiations to get to a deal

The UK and the EU have agreed to maintain Brexit conversations to produce more progress in the deal. “Negotiations are now in the final fase”, said Michel Barnier, the French ex minister who is now leading EU negotiations.

Dominic Raab, who became a Brexit secretary last month, after a series of layoffs, said: “ We need to intensiva negotiations as we enter the final fase and we have agreed to meet regularly to solve these remaining issues”. The information is from The Guardian.

The government, that would face an increase in customs control if it doesn’t guarantee a deal with Brussels, starts now studying new technical options that could minimize issues on its’ borders. The government would open its borders unilaterally in Great Britain for all products in an attempt to avoid chaos in posts. The information is from Business Insider.