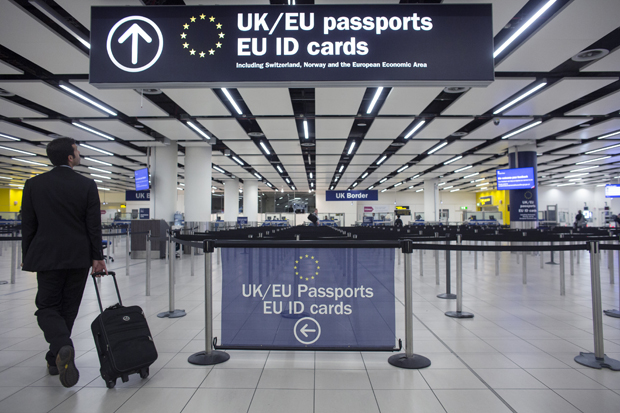 EU immigrants coming to Britain during the Brexit transition will have the right to live permanently in the UK. The grant released in a paper by the Home Office last Wednesday (28). The proposal reveals that EU immigrants arriving after March 2019 will receive a five-year temporary residence permit. The document also informs that EU immigrants wishing to stay long-term in the country will have to register within three months of arrival in the UK. There will also be a three-month “window” at the end of Brexit’s transition period for applications that ensure there are no gaps. Irish citizens will not be required to register.

Ministers rejected the proposal to immediately suspend the disclosure of confidential NHS patient data to the Home Office to track unverified immigrants in the UK. A letter from the Home Office reveals that 1,297 applications were filed in the past three months by immigration officials about patient data, including home addresses.

The latest immigration figures show a drop in immigration from Europeans arriving in the UK since Brexit’s victory in the referendum. This affects, according to the Business UK website, particularly the NHS, which suffers from lack of hospital staff. According to the website, the decrease in immigration from Europeans and the strict visa rules imposed by the government have led to the demotivation of doctors wishing to work in the UK. The figures released last Wednesday (28) showed that there are more than 100,000 jobs in the NHS, of which 9.5 are doctors vacancies.

Debate on immigration dominates the elections in Italy

Immigration became a central theme in the run-up to the Italian elections next Sunday, March 4. According to Italian newspapers, tensions are high in relation to the number of immigrants arriving and living in the country that has received thousands of immigrants for parts degraded by war or regions of Africa in recent years. Around 600 thousand people have made the dangerous journey through the Mediterranean Sea and landed on the Italian shores in the last four years. According to the press, Silvio Berlusconi’s right-wing coalition has the best chance of winning the Italian election that wants to expel immigrants.