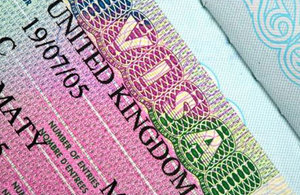 Immigration Health Surcharge rises to £624 from 27 October 2020. As a result, UK immigration applications sent in before the 27th will be hundreds of pounds cheaper than those completed after that date. From Free Movement

Prime Minister Boris Johnson is prepared to fully leave the European Union without a deal when the Brexit transition period ends, his spokesman said on Thursday, but the British leader still believes there is a deal to be done. From Reuters

UK tech visa applications hit new high. Despite Brexit and Covid-19, the UK is still an attractive location to kickstart a tech business. From IT Pro Portal

The UK had set a deadline of Thursday to decide whether it was worth continuing talks. Both sides have indicated they want to carry on but the EU has said it is up to the UK to make the next move. From BBC

On 30 September 2020 the Home Office updated its good character policy for naturalisation to make it even harder for EU nationals to become British citizens. From Free Movement